Expert: Steve Wilkens on the Origins of Santa Claus 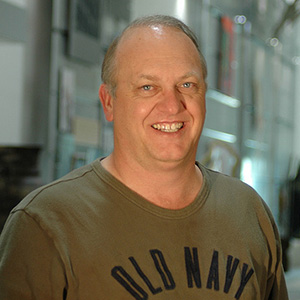 Steve Wilkens, Ph.D., is a professor of theology and ethics in the School of Theology at Azusa Pacific University. In 2008, Wilkens published The Original Dr. Steve's Almanac of Christian Trivia: A Miscellany of Oddities, Instructional Anecdotes, Little-Known Facts and Occasional Frivolity (Downers Grove: InterVarsity Press), a book offering answers to the things you should have learned in Sunday school but somehow did not, in an amusing and informative manner. As the holiday season approaches, Wilkens shares an insightful excerpt from the book and reflects the rich Christian history of Saint Nicholas.

"Sometimes our cultural traditions have undergone such radical changes over time that their origins are completely forgotten. The cultural icon of Santa Claus is an example of this. To many, he is a symbol of the commercialization of Christmas. If we follow Santa's history back to its source, however, we get a much different picture—one rooted in Christian charity toward those in desperate straits." –Dr. Steve Wilkens

The following is an excerpt from Dr. Steve's Almanac of Christian Trivia.

From Saint to Santa

Most of us are well enough acquainted with Santa Claus to know that he often goes under the alias of St. Nick. But who is this St. Nick guy, and how did he morph into the jolly, chubby guy with a red suit?

St. Nick is actually Saint Nicholas (or Nicholas of Myra to be exact, since there are 21 saints named Nicholas, plus one Saint Nichole, who should not be confused with Mrs. Santa). The Saint Nicholas of history did not live anywhere close to the North Pole, but resided in Asia Minor—modern-day Turkey—in the 4th century.

Dowries, in the Nick of Time

He was reputed to have been the son of well-to-do and pious parents who died during an epidemic while Nicholas was young. Nicholas was determined to use his inheritance in a charitable way, which brings us to the best-known story about him. A certain nobleman had fallen on hard times and could not afford dowries for his three daughters. As a result, he was fearful that they would have to be sold into prostitution. In one version of the story, Nicholas is moved by their plight to toss a small bag of gold into the window of the nobleman's house, where it landed in a stocking drying near the fireplace. Here we have, then, the origin of putting gifts in stockings placed on the fireplace mantle (and Dr. Steve would have to say that gold in the stocking beats the dickens out of the "soap-on-a-rope" he got in his stocking one Christmas). Chucking the gold down the chimney is a version that came along centuries later.

In any case, the gold provided the dowry for the oldest daughter, who was promptly married off to a suitable suitor. As the other two daughters grew up, Nicholas repeated his throw-the-bag-of-gold-through-the-window routine for their dowries as well. However, while making his delivery for the youngest daughter, the nobleman caught Nicholas in the act. Ignoring Nick's desire to remain anonymous, he spread the story of the future saint’s generosity.

From Bishop to Saint

Years later, Nicholas was elevated to the office of bishop in the provincial city of Myra even though he was a layperson (a practice not unheard of during that time) based on his reputation for piety and charity. The timing of this promotion was rather unfortunate, because a nasty persecution of Christians by the Emperor Diocletian was underway. The new bishop was almost immediately arrested, imprisoned, and tortured for several years before gaining his freedom under Constantine. He governed as bishop in Myra for almost three decades and is thought to have died in 346 on Dec. 6, which later became the feast day commemorating him.

Although no one knows when Nicholas was canonized, he quickly became a very popular saint. A basilica honoring him was constructed in Constantinople in 430, and it is believed that his image appears on more Byzantine seals during the Middle Ages than that of any saint except for Mary. Four hundred English churches were dedicated to him during the same period. Because of the story above, combined with reports of other acts of mercy toward children (including one in which his fervent prayers brought back to life three young boys who had been hacked to death by an evil butcher and placed in a barrel of brine), he became the patron saint of children and unmarried maidens.

How the Dutch Created Santa

The next major phase in the transition from Saint Nicholas to Santa Claus requires a fast forward of several centuries to New York City. Saint Nicholas (or Sint Nikolaas, frequently contracted to Sinter Klaas in Dutch) had been a favorite of the Dutch for centuries. Even the negative view of saints that came with the Dutch Reformation did little to snuff out Christmas traditions in Holland, which included leaving treats in shoes on Christmas Eve. These traditions made it to America when the Dutch founded New Amsterdam and endured even after the Brits took over and renamed the place New York.

To help retain the memory of New York's Dutch heritage, Saint Nicholas was proclaimed the patron saint of the city in 1804. Five years later, Washington Irving published a short fiction piece to commemorate Saint Nicholas Day, which featured a rotund St. Nicholas with a clay pipe. The story claimed that the first emigrant ship to reach the new colony had a Saint Nicholas figurehead and that the first church in the city was dedicated to him, neither of which is true. The part of this piece that caught on like wildfire, however, was the idea that the Saint shimmied down chimneys with gifts for the children. Gas was poured on the fire in 1823 with a poem now known as "The Night Before Christmas," which gave Sinter Klaas, now Santa Claus, his fury outfit, the "bundle of toys . . . flung on his back," a snowy beard, and the belly that shook "like a bowlful of jelly" when he laughed. (Just for the record, Medieval images of Saint Nicholas included a beard, but his middle region was a lot leaner during the Middle Ages.) Over the years, the visual image of Santa Claus was modified and shaped by annual drawings in Harper's Weekly and Coca-Cola advertisements until he assumed the rather standard Santa look we all know today.

There you have the sketchy outline of the shift from Saint to Santa, from Asia Minor to North Pole, from young-Elvis skinny to old-Elvis fat, from charity to commercialization. I think I like the old "Santa" better.