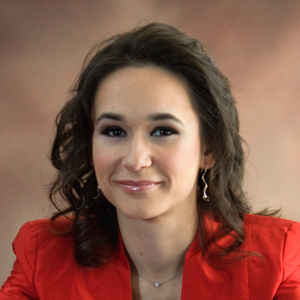 The artistry of Éva Polgár, DMA, is characterized by clarity, conviction, and virtuosity. Critiques praise her for her “intelligent interpretation” (Funzine Magazine), capability of “fully entering into the spirit of narrating a story” (Arkivmusic), and “vibrant technique” (American Hungarian Journal). Her dedication to her native Hungarian culture resulted in researching Béla Bartók’s piano arrangements of his original orchestral compositions and specializing in Franz Liszt’s music. Her Liszt interpretation was praised by Liszt scholar Alan Walker as “A stunning performance! A real artist!” and she was featured at the Hungarian Embassy in Washington, D.C., the Hungarian Culture Centre in London, and the Liszt Ferenc Museum and Research Center in Budapest.

Polgár’s concerto performances include concerts with conductors Tamás Vásáry at the Budapest Danube Palace and Horst Förster at the Leipzig Gewandhaus. In the realm of cross-disciplinary endeavors, she collaborates extensively with visual artist Sándor Vály. Their experimental music albums released under Ektro Records have been broadcast by the Finnish Radio.

Polgár has won top prizes in competitions including the Los Angeles International Liszt Competition (LAILC). She is a co-director of LAILC, which empowers her to foster young musicians at their early stage of professional career. A committed educator and adjudicator, she has appeared at masterclasses, festivals, and competitions such as LAILC; the Bogotá International Piano Festival in Columbia; Tulsa University Summer Piano Academy in Oklahoma; Florida International University in Miami, Florida; Montclair State University in New Jersey; and many more.