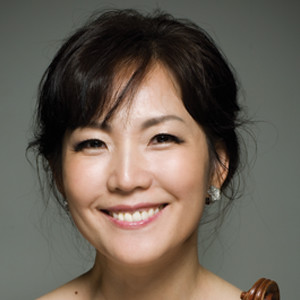 Min Jung Park, BM, was born in Korea, where she began violin lessons at age 5. She won first prize in the Seoul National Competition at age 11, the first of many such prizes she would capture nationwide during her teens, including a featured appearance on national TV.

After attending the prestigious Seoul National University, she moved to the U.S. to study as a full scholarship student of the renowned violinist Jascha Heifetz and later with Robert Lipsett. As a scholarship student at the Juilliard School, she studied with Dorothy DeLay, Masao Kawasaki, and Glenn Dicterow.

She has made appearances on the Johnny Yune Show, Classic Odyssey on KBS, KBS radio, TV and radio shows in Taiwan and has also appeared in Noblesse magazine, Strings magazine, The Strad, and other publications.