Building Resilience: Leading the Effort to Strengthen Homes and Communities Against Disasters

When Roy E. Wright ’96 visited Montecito, California, the coastal town had just been rocked by the natural-disaster equivalent of a one-two punch. The Thomas fire raged through the area in December 2017, leaving a swath of structural damage in its wake, but a stealthy—and deadly—second threat arrived in January, when heavy seasonal rains transformed recently scorched earth into fast-moving mudflows. With 21 lives lost and widespread damage, the toll was astronomical.

At the time, Wright led the Federal Emergency Management Agency’s (FEMA) resilience, risk management and reduction, and flood insurance programs, affording him an up-close view of the aftermath of one of California’s deadliest flooding events, and other events like it nationwide. “Showing up in the days immediately after a disaster and meeting with families is one of the hardest parts of the job, and one of the most impactful,” said Wright. “In Montecito, the community had survived the fire, only to see unrelenting rains trigger a new destructive force. When I walked inside their homes, the sense of loss was overwhelming.”

In the face of such large-scale disasters, while helplessness or resignation may settle in for community members, Wright looks for lessons that can shape policy and research to dramatically improve future outcomes. “What are we doing to help people avoid the worst day in their family’s life,” he said, “or to limit the impact of such a life-altering event? Until you’ve had to surrender your home or livelihood to Mother Nature, you cannot imagine how difficult it is to experience and recover from.”

Over a more-than-20-year career span, Wright has applied an action-oriented mindset in taking on intractable problems within the environmental and conservation space and, now, in disaster preparedness and recovery. On the heels of 2017’s record-breaking storms, Wright transitioned in April to serve as president and CEO of the Insurance Institute for Business & Home Safety (IBHS). The nonprofit, insurer-supported organization conducts building-safety research to strengthen homes and businesses against disasters. At IBHS’s South Carolina facility, researchers simulate the effects of hazardous wind, rain, hail, and fire on full-scale residential and commercial buildings inside a massive, six-story test chamber. Employing a wall of fans that create hurricane-force winds, wildfire ember generators, hail cannons, and other advanced tools, the data gathered can be used to influence design and construction standards, improving structural durability and enabling more buildings to withstand disasters that threaten human life and exact a steep financial cost. 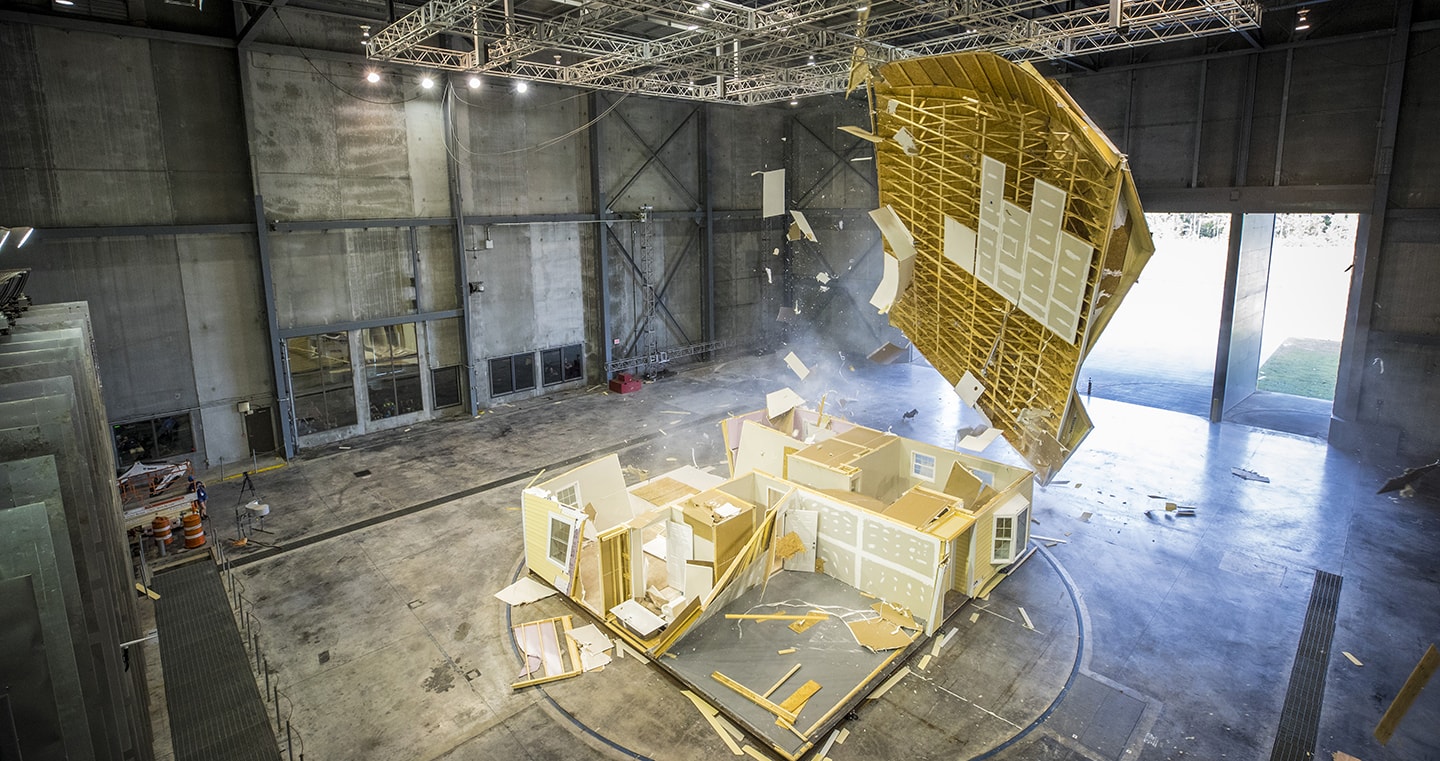 “Resilient structures translate to resilient communities,” said Wright. “This happens at an individual level with a house-by-house advantage, and it happens even more successfully on a community-wide scale when building codes and land-use plans support high standards for all new construction.” For individual home and business owners, structural upgrades, property maintenance, and appropriate insurance coverage for regional threats can help mitigate losses and ensure the ability to recover when an unavoidable disaster strikes.

“Protecting your property also positions you to protect and help those around you,” said Wright. After hurricane Harvey caused catastrophic flooding in the Houston area last August, Wright noticed that newer homes—often constructed higher and stronger than older, neighboring houses—became places of shelter and refuge in the fallout from the storm. Likewise, in wildfire-prone regions, homes cleared of debris and incorporating fire-resistant materials play a part in containing fires and controlling their spread. “Because you have served your own home well, you have the expanded capacity to truly serve your neighbor,” said Wright. “We tend to think of ways to help one another after a significant event has occurred, yet the actions we take now can enhance the overall resilience of our community and have a profound impact.”

Embracing this responsibility has never been more crucial as extreme weather events intensify across the globe and urban populations swell with ever-greater numbers of people living in close proximity. Last year’s weather-related disasters were the costliest in U.S. history, resulting in $309.5 billion in losses, according to the National Oceanic and Atmospheric Administration. While these events are often unpredictable or unrelenting, Wright advises people and communities to make wise choices to reduce their potential risk. “At IBHS, we provide critical research to the industry and consumers, which will affect the supply chain of building materials as well as the decisions you make as a home or business owner,” he said.

The son of a bricklayer, Wright’s newest role at IBHS is in some ways a fulfillment of his father’s legacy. “My first memory is of sitting on a pile of sheetrock in a house that was under construction,” he said. “I was 4 years old, and my dad was laying out the design for the fireplace—quietly, diligently working with the raw materials to create something that would serve as a permanent part of a family’s home.” And much like that master craftsman he watched as a child, Wright will steer IBHS forward in its mission to shape homes, businesses, and communities that are built to last.

Learn more about IBHS at disastersafety.org. 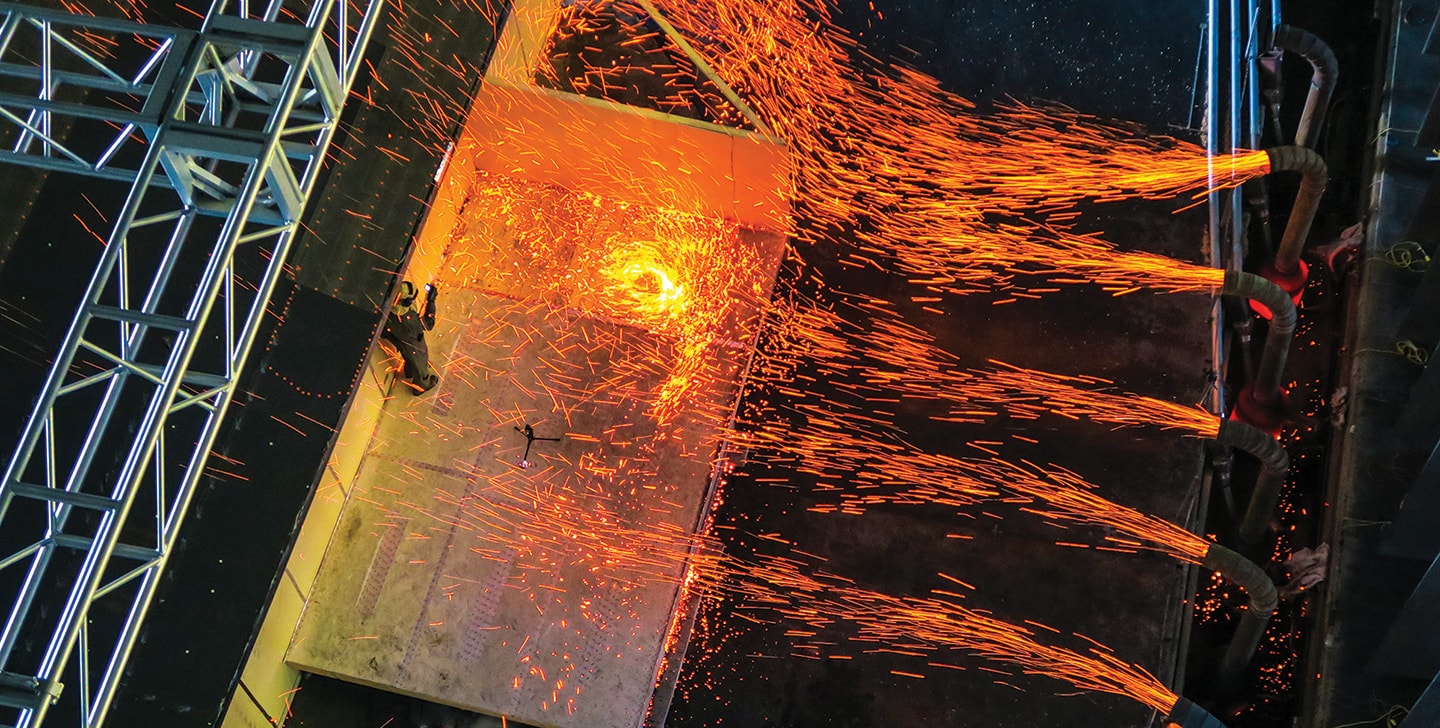 Evelyn Allen is a senior editor in the Office of University Relations.