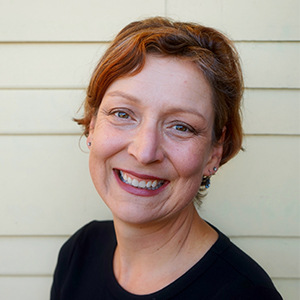 Regula Schmid, EdD, began her career in education in 1992 in Switzerland, where she taught at a public middle school. Upon moving to San Diego in 1995, she taught at the university level for two years and then at Wilson Middle School where she was recruited out of the classroom to serve as a peer coach and staff developer. Later, she became a literacy administrator at Montgomery Middle School and then Mark Twain High School. In 2005, she was appointed assistant principal at Cajon Valley Middle School and less than one year later promoted to principal at Johnson Elementary School. All of the schools she served were inner city schools that were considered “low performing” at the time of her appointment.

Under Schmid’s leadership, Johnson Elementary transformed. Students achieved higher academic levels, suspension rates dropped, and student attendance increased. Schmid implemented a balanced curriculum that included the arts, character education, restorative justice, physical education, and music. She started and maintained a garden program and offered field games during recess. As one way to support teachers, she embedded into the school day weekly time for teachers to collaborate with each other and hold data meetings.

Before coming to APU, Schmid taught a variety of methodology and research courses as well as data-driven decision making and ethical leadership for teachers and teacher candidates at the University of San Diego and Point Loma Nazarene University. Working for USD was a returning home for her as she, years earlier, earned her teaching and administrative service credentials there.

Her academic path also took her to United States International University for her bachelor’s and master’s degrees, and San Diego State University for her doctorate degree in educational leadership. Her dissertation title was “Effective Teachers: Beliefs and Behaviors That Lead to High Student Achievement at Reading First Schools.” Her current research foci are in the areas of ethical leadership; data-driven decision making; engaging, inclusive, critical pedagogy; reading and writing instruction; critical literacy; bi-literacy; and serving the underserved.

Schmid lives in North Park, San Diego, with her husband and their three children. Their daughter, Vivienne, was born in 2010 and their identical twin sons, Bayani and Florian, in 2012. Their lives are enriched by their dog and their three chickens. In her free time, she runs, reads, dances, camps, and supports her children in their endeavors, the most time- and effort-consuming of which is the ancient performance art of circus.