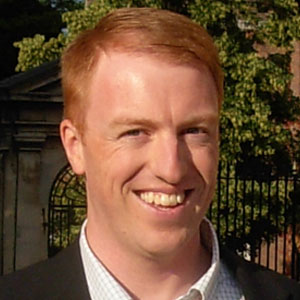 Ethan Schrum, PhD, is associate professor of history and a faculty fellow of the Honors College. He is a historian of the United States who focuses on the twentieth century and intellectual history. He studies the relations of knowledge, value, and liberal democracy in late modernity, especially by investigating the history of universities and academic knowledge. His scholarship is at the intersection of modern intellectual history, the history of the U.S. in the world, science and technology studies, and the history of capitalism.

His first book, The Instrumental University: Education in Service of the National Agenda after World War II (Cornell University Press, 2019), explains how elite research universities reconceived their missions after World War II, moving away from some founding ideals and reconfiguring themselves in order to stimulate economic growth and solve social problems. The book traces how this process brought technocratic, managerial, and capitalistic impulses into universities. As universities changed, they helped to legitimate a new conception of society—that America was becoming a knowledge economy. By carefully analyzing the thought of former University of California president Clark Kerr and lesser-known postwar university leaders, The Instrumental University elucidates how their technocratic vision for American modernity drove this institutional change. Schrum has also published articles in History of Education Quarterly, The Pennsylvania Magazine of History and Biography, Perspectives on the History of Higher Education, Social Science History, and The Hedgehog Review.

In addition to his work at APU, Schrum is an associate fellow of the Institute for Advanced Studies in Culture at the University of Virginia, where he held a postdoctoral fellowship from 2011 to 2014 and is a member of the Colloquy on Culture and Formation.