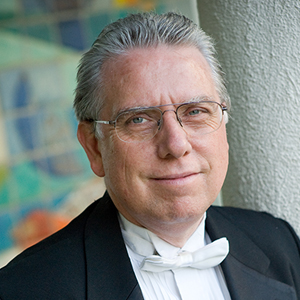 Bill Schlitt is an accomplished percussion performer and educator. Originally from Southern California, he has been active in the music industry for more than 40 years. His teachers include Hollywood studio legends Hal Rees, Earl Hatch, and Los
Angeles Philharmonic Orchestra Principal Percussionist Raynor Carroll. A member of APU's School of Music faculty at Azusa Pacific University for 25 years, Schlitt teaches percussion classes and directs the Percussion Ensemble. He also currently serves on the faculty at California State Polytechnic University, Pomona; Concordia University in Irvine; University of Redlands; Vanguard University, and is a member of Pi Kappa Lambda and Percussive Arts Society.

Schlitt is an accomplished educator, clinician, and author of various percussion textbooks. Prior to APU, he served as director of percussion for the Idyllwild Arts Summer Music Festival for 26 years where he coached students from around the world to perform at the Walt Disney Concert Hall in Los Angeles.