The Center for Research in Science (CRIS) serves a community of students, scholars, and laypersons by promoting research that encompasses and extends the scope of scientific studies to address the inseparable relationships between science, faith, and culture. In addition, the role of science in a classical liberal arts education, and the ancient dialogue between faith and reason, are considered.

CRIS also encourages student and faculty research by arranging intra- and extramural internships, inviting visiting scientists to engage with students on campus, and working to establish synergistic partnerships with local businesses and organizations.

CRIS envisions impacting society by equipping students for scientific endeavors, advancing science in the community, and engaging scholars to explore the interface between science and other academic disciplines.

CRIS is committed to scientific excellence and a Christian perspective of truth and life. By fostering scientific collaborations, connections, and creativity, CRIS seeks to advance STEM presence at Azusa Pacific University and in the surrounding community.

The Center for Research in Science (CRIS) was founded in 1998 as an academic unit of the College of Liberal Arts and Sciences at Azusa Pacific University. Upon its opening, CRIS functioned as a touchstone for theologians and scientists.

In 2000, CRIS entered a formative stage under the directorship of Leslie Wickman, Ph.D. Wickman led CRIS in serving students, scholars, and laypersons by promoting scientific inquiry through research, supporting excellence in science education, and encouraging the dialogue between faith and science. The Science, Faith, and Culture lecture series featured numerous renowned Christian scientists, theologians, and ministers; brought about meaningful discussions regarding science and faith; and were well-received by members of the community at large, near and far. In 2015, Wickman launched the Re-Imagine contest on the Azusa Pacific campus, raising awareness of environmental stewardship and bringing about innovation on sustainability.

Today, CRIS continues to serve in many ways the STEM (science, technology, engineering, math) students and faculty on campus, and acts as a STEM liaison between Azusa Pacific and neighboring communities, fulfilling its role in learning, researching, and promoting science. 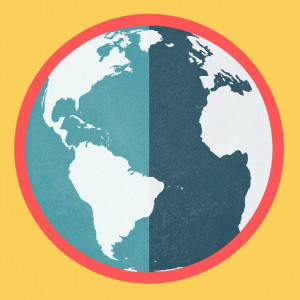 APU's CRIS will host the 7th annual STEM Day on Saturday, Feb. 8, themed "Shaping the Future of STEM: 2020 Visionaries." More than 500 students from across Southern California will participate.