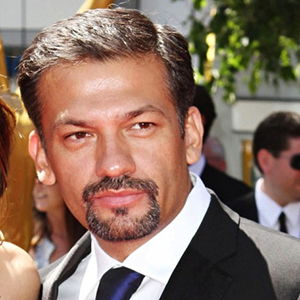 David Barrera, MFA, is a veteran film and television actor with over 100 film and TV credits, including Castle, Dirty John, The Big Bang Theory, CSI: Miami, The Closer, NCIS, Medium, The Mentalist, Heroes, The West Wing, NYPD: Blue and 24, for which he received an ALMA Award nomination. Most recently, Barrera has been seen in recurring roles on critically acclaimed shows like Bosch, What/If with Renée Zellweger, The Bridge, HBO’s Emmy-nominated Generation Kill and Chance opposite Hugh Laurie on Hulu. David has been seen in films such as Universal’s family comedy Evan Almighty starring Steve Carrell. Other film credits include Infinity, directed by Matthew Broderick, The United States of Leeland, starring Don Cheadle, and No Way Back with Russell Crowe.

David received his BFA from the prestigious acting conservatory at Southern Methodist University and earned his MFA from the Professional Actor Training Program at The University of California, San Diego. While at UCSD, he was awarded the Princess Grace Award in acting. He resides in Los Angeles with his talented wife, actress Maria Canals-Barrera and their two beautiful daughters.