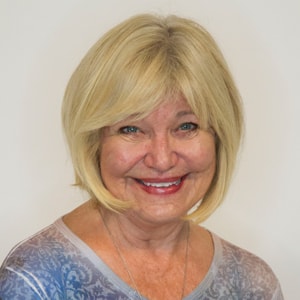 Monica Ganas, Ph.D., is a full professor in the Department of Theater Arts at Azusa Pacific University where she teaches acting and directing classes, as well as courses in critical studies, and the interplay of faith and culture. She is a recipient of Undergraduate Scholarly Achievement Award and a two-time recipient of the Outstanding Faculty of the Year Award. She has directed over 20 main stage shows on and off campus. She is a 30-year-veteran of the entertainment industry, performing as actor, writer, and occasional producer/director, principally in satirical comedy. Credits include The Pee-Wee Herman Show (HBO) and The Billy Chrystal Comedy Hour (NBC) as well as stage work at Minnesota’s Guthrie Theater and L.A.’s Universal Amphitheater.

She recently wrote and performed a one-woman show at the Marsh Theater in San Francisco. Her areas of scholarship, publication and teaching are acting, theater, popular culture, community development and social change through the arts. She is co-founder of the Azusa Renaissance Theater Company, which aims to restore theater arts in Azusa through workshops and performance venues. She chairs the Television Area of the Southwest American/Popular Culture Association. Her book, Under the Influence: California’s Intoxicating Cultural and Spiritual Impact on America, was published by Brazos Press in 2010. Her mission is to equip the next generation of artists to do excellent meaningful, and imaginative work in service to neighbor and culture.